During practice Nick became injured and needed to be transported by ambulance to his local area hospital with a bruise the size of a cantaloupe and horrific pain on the left side of his abdomen. At first, the doctor thought that he had broken a rib, or at worst, ruptured his spleen. However, an X-ray would show his ribs to be fine, and CT Scan taken would reveal nothing other than an enlarged spleen. Unfortunately, further blood work and other tests taken that afternoon would suggest that something more serious was going on. Nick needed to be transported that evening to Maria Fareri Children’s Hospital and admitted into the Pediatric Intensive Care Unit where specialists could better understand what was happening.

Over the next few days many tests would be performed by various specialists, but gave no clear answers. Finally after 3 days in the Pediatric ICU, the Pediatric Hematology/Oncology Doctors would perform the tests that would bring to light what was happening to Nick. A bone marrow biopsy would reveal that Nick had “High Risk B Acute Lymphoblastic Leukemia,” otherwise known as “A-L-L.”

The “Arts Unit” at The Maria Fareri Children’s Hospital would now become Nick’s “home away from home” as treatment began promptly after diagnosis. Sadly, by early spring of 2011 it was very clear that Nick’s cancer was tougher to get into remission then most ALL patients. A more intense chemotherapy regimen still did not yield the results hoped for. Under the guidance of Dr. Mitchell Cairo and the hematology oncology team, it was decided that Nick’s only option for survival and possible long-term remission would be a Bone Marrow Transplant.

On the morning of May 27, 2011, Nick received a transplant from a completely unknown donor found on of the National Bone Marrow Registry. The transplant process and recovery has been a very long and hard uphill battle for Nick. He has overcome a multitude of complications from his transplant and thankfully remains in remission.

With all of this, the hardest thing for Nick is his desire to just live a normal life. There’s nothing typical about going through a battle like this.  In the fall of 2014, Nick began his first semester at Mt. Saint Mary’s College on a full scholarship for the 5-year MBA program.  Although he continues to deal with effects of the treatment on his kidneys as well as GVHD, Nick has drawn strength from his faith and those around him, especially his mother. He has kept his eye on the ball during these hard times and is excited to continue moving forward with his life. 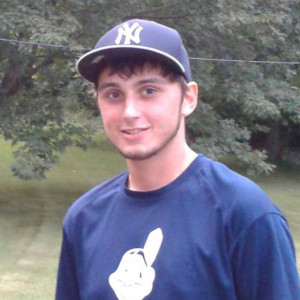