Found by chance after he broke a tooth on the playground, Sean was diagnosed on November 22, 2010 with Acute Lymphoblastic Leukemia (ALL). The next three and a half years were followed by medication, chemotherapy, lumbar punctures and bone marrow biopsies. In May 2014, Sean got the “all clear” from the doctors and his medical port was removed.

That August, Sean’s family planned a two-week beach vacation to celebrate. Upon returning from vacation, Sean complained of pain in his legs and feet. After a visit to the podiatrist and testing for Lymes disease and mono came up negative, a bone marrow biopsy was done to “rule out” a relapse. Sean’s family’s worst fears came true when the test came back positive for cancer.

Treatment for this type of relapse is a stem cell transplant or bone marrow transplant. Sean initially spent four weeks in the hospital from August to September undergoing high dose chemotherapy and three separate surgeries. Then the search for a stem cell donor began. The first step was to test Mom, Dad and his sister, Marijane. The doctors were not optimistic for a related match and suggested sending Sean’s needs to the National Bone Marrow Registry. Finally, a glimmer of hope appeared as Sean’s sister Marijane (MJ) was identified as a perfect ten-point match. For understandable reasons, MJ was scared. She endured repeated blood work and painful pre-medications in order to prepare for the harvest.

On November 1, 2014, Sean was admitted to the hospital to prepare for his transplant. He underwent seven days of more chemotherapy and an additional five days of radiation; Sean had never received radiation before. On November 13, Sean’s Birthday, MJ was admitted for her big donation. Two doctors drew her marrow and Sean received that marrow the next day.

In total, Sean spent eleven and half weeks recovering in the hospital. He was released on Jan 21, 2015. He still has a long road ahead of him including twice weekly trips to the doctor and home medications including daily IV’s. Dr. Cairo and his team of doctors and nurses keep a close eye on him and on all accounts he is doing very well. 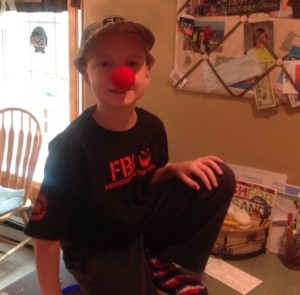